The Bhakta Rath Research Award, established in 2022 by a gift from Dr. Bhakta B. Rath and his wife, Sushama Rath, offers an opportunity to promote and reward excellence in Public Impact Research (PIR).

Recipients of this award will be a graduate student or postdoc and their collaborating UVA faculty member. The award recognizes those who conduct exceptional research in anticipation of the future needs of the nation while supporting potential advances in PIR, and will continue to apply this knowledge upon establishing a career within the U.S. or its territories.

Please submit your nomination electronically via the webform located here. by April 11, 2022 at 12:00 pm (Noon).

What is Public Impact Research? 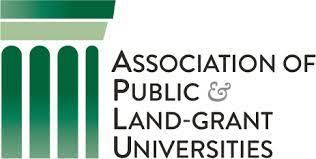 Research accomplishments will be judged on the following criteria:

We are using an online survey form.

The award is intended to recognize outstanding graduate student projects. Work that is in progress or earlier work that has supported the effort may be considered.

The Vice President for Research will appoint and oversee a selection committee.

Recipients will be notified by the Office of the Vice President for Research prior to Spring Commencement. The award will consist of a certificate and a $3,000 cash award, to be presented to the student and their advisor.

The award is named in honor of Bhakta B. Rath, who has dedicated the later years of his professional career to promoting science, engineering, and research to enhance the nation’s intellectual capital. He was awarded the 2009 Padma Bhushan from the Indian government, its second highest civilian award. Established in 1954 by the president of India, it recognizes distinguished service of a high order to the nation in any field.

A senior executive of the US Department of Defense, Rath is head of the Materials Science and Component Technology Directorate and associate director of research of the Naval Research Laboratory (NRL).  For his long standing service for National Security he received NRL’s Lifetime Achievement Award and the most prestigious Fred Saalfeld Award from the Office of Naval Research.

Rath has received awards from several countries, including the US, during his career, which spans more than four decades. He graduated from Ravenshaw College in 1954 and completed his master's and doctoral studies at Michigan Tech and the Illinois Institute of Technology. He joined the faculty of Washington State University in 1961. He was the commencement speaker at Michigan Tech's 2007 Midyear Commencement and was awarded an honorary doctorate.

He has published more than 200 technical papers and reports, received two publication awards, and edited and co-edited over twenty books on topics in materials science and engineering. He was elected 2004-05 President of American Society of Metals (ASM) International and to the Board of Trustees of the ASM Materials Education Foundation to promote science, engineering and mathematics education in high schools in the US, India, Canada, and other countries.

For his exceptional contributions to science, engineering and research management he has received a number of honors and awards including being conferred by President Clinton and subsequently by President Bush to the rank of Distinguished Executives in 2005, DoD Distinguished Civilian Service Award presented by Secretary Rumsfeld in 2006 and Doctor of Science, Honoris Causa from Ravenshaw University in 2010.

He has been elected to the National Academy of Engineering, and he is a fellow of the Washington Academy of Sciences, the Minerals, Metals and Materials Society, the Materials Research Society of India, and the Institute of Materials of the United Kingdom.